The latest WASPA rankings are in and Western Flickers’ Benny Ng heads up the list of Australian players, while also holding an impressive Number 5 ranking world wide. There is daylight between he and the next placed Fabrizio Coco of Sydney TFC. An impressive 126 players fill up the Australian list.

In the 2017/18 season rankings, based on results since September 1, 2017, Benny goes even better, ranked Number 1 in the world which, obviously, easily ranks him as Number 1 in Australia, with more than double the points of his nearest rival, Adrian Elmer of Subbuteo Parramatta. 78 Australian players have competed in WASPA tournaments this season.

The biggest change in the Asian Open rankings was the introduction of Cedric Garnier, who has changed his national allegiance from France to Japan, where he is a permanent resident.
Cedric entered the Asian Rankings at #4, while Fabrizio Coco moved into 6th place to challenge Peter Thomas’ #1 Aussie ranking.
Singapore claimed the top 3 places in Asia for the first time this year, with Bernard Lim (SGP) moving into third place on the back of his victory at the Sydney International Open.
Raffaele Lombardi (AUS) moved up one place to 10th, knocking Eliot Kennedy (AUS) out of the Top 10 for the first time this year. Kenzo Koi (JPN) also fell out of the Top 10.
Biggest movers were Christos Garagounis (AUS) up 26, Emanuele Funaro (ISR) up 34, and Steve Wright (AUS) up 37 places.
In the Ladies category, Beth Eveleigh (AUS) retains her #1 rank, while Æowyn Elmer (AUS) leapfrogged her sister Imojjen into second place.
Due to changes regarding qualification for age categories, there have been some changes in the junior rankings with players being moved into new categories.

The new FISTF and WASPA rankings are in. In the WASPA list Giuseppe Tardiota and Rik Bland of Brisbane SC hold their places at the head of the ranking. With the game in Australia having now been played quite regularly all around the country for a few years, positions remain quite steady, particularly at the top end. This is because, for each tournament that players earn points in during one month, their corresponding points from tournaments a year ago halve, and their points from tournaments 2 years ago drop off altogether. That does, of course, mean new players can climb the table with consistent play. And, speaking of new players, yet again there are a record number of players who have competed in WASPA tournaments around the country over the last 2 years, our numbers rising to 127.

In the FISTF list, a smaller than expected turnout in Melbourne at the IO meant that a number of Melbourne players dropped their positions (same calculations as in WASPA).
The top five remained unchanged, while Steve Dettre and Benji Batten swapped places, courtesy of Steve’s points at the Singapore IO. Biggest mover was Northern Falcons’ Hermann Kruse who rose 4 places to 15th. New rankings for Beth Eveleigh (MTFC) and Adrian Connolly and Kevin Grant (Flickers).
We’re expecting lots of new rankings and some significant movement after the AGP17 in February.

The big news this month is that FISTF have finally update their rankings! The current FISTF rankings include points earned by players at the World Cup and at the Australian Open, both held in September. The list sees Peter Thomas reinforce his position as Australia’s No.1, but the Australian Open victory to Carl Young sees him slip past Robert Green into second place and close the gap on Peter.

In the WASPA rankings, Brisbane Subbuteo Club took another step towards total domination, with Rik Bland moving into second place behind his clubmate Giuseppe Tardiota. While a few inactive players fell off the rankings list, a healthy amount of new players means that another record number, 119, of Australian players have now competed in tournaments over the last 24 months as the game continues to grow.

Australia has a new Number 1 ranked player! Congratulations to Giuseppe Tardiota who has climbed the rankings steadily and now finds himself at the summit of the WASPA (World Amateur Subbuteo Players’ Association) rankings. It is a reflection of the movement of the Brisbane based players in general, whose regular tournaments have seen them improve consistently. Most of the other positions have remained fairly consistent, with small place movements up and down the list. In keeping with our continual, gradual growth, 5 new names have been added to the rankings list, bringing the Australian total to 118 players who have competed in WASPA Tournaments over the last 2 years.

FISTF have not updated their rankings since July 1, so nothing to report there. However, with the World Cup last week and the Australian Open happening next weekend in Melbourne, expect to see plenty of chart movement in the FISTF rankings in the near future.

FISTF Rankings have not been updated since July 1 so remain the same as last month (click here for those details). The WASPA Rankings, however, have been dutifully updated as ever. Luke Radziminski reclaims top spot for the Melbourne Table Football Club. The big movers this month, however, are players in Perth and Brisbane. Giuseppe Tardiota and Rick Bland slip into 2nd and 3rd place respectively, while no fewer than 3 players from Perth (Ross McNulty, Chris Thorn and Alan Kimber) move into the top 20 for the first time.

A record number of 113 Australian players now have a WASPA ranking, indicating strong, stable growth for the game in our country. As the new season starts up this month, expect more movement as the tournaments begin to fly thick and fast.

The latest WASPA rankings are out and, combined with the fact that a number of Australian’s recently competed in the FISTF Asian Cup, there’s been plenty of movement on both world ranking charts.

Melbourne TFC’s stranglehold on the top places in the WASPA rankings has taken a beating this year as other clubs around the country, particularly up in Brisbane, have seen regular competition move their players upwards. Meanwhile, Eliot Kennedy has snuck to the top of the list though, technically, only on alphabetical order as both he and Luke Radziminski share the honour of being Australia’s top amateur players.

In the FISTF charts, Peter Thomas continues to head up the Open’s list, having been the most successful Australian at the recent Asian Cup in Singapore. Most of the other FISTF charts have been fairly static, without any FISTF tournaments for most of these players since January.

Both FISTF and WASPA have recently published their updated world rankings. There are currently 102 Australian players in the WASPA rankings and 46 in the FISTF rankings. 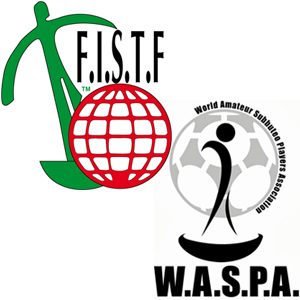 The WASPA World Ranking updates are in, while FISTF updated theirs in mid-February. With a handful of FISTF tournaments now completed in Australia, the charts are starting to look a little settled, and we also have a number of players in the various junior sections, and a teams update.

In the WASPA rankings, Melbourne TFC still have a stranglehold on the top few spots, but their grip has loosened just a little, with players from Sydney and Brisbane closing in.

Click here to see the full FISTF and WASPA rankings

The monthly WASPA rankings have been released with some big movements from players who got a large number of WASPA tournaments under their belt over January. Unfortunately, FISTF rankings are a little less reliable in being updated so none of the results from the recent Australian Grand Prix have yet been added to their rankings (the last FISTF update was January 6) so look for next month’s rankings to see how things have moved in the world of FISTF.