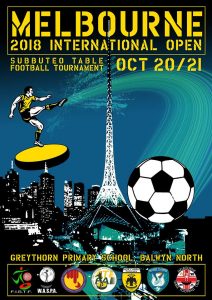 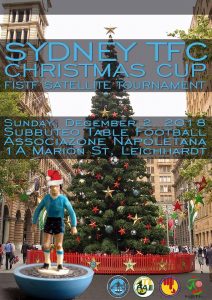 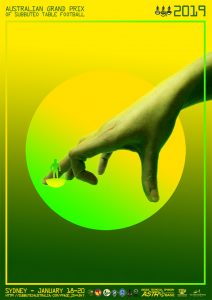 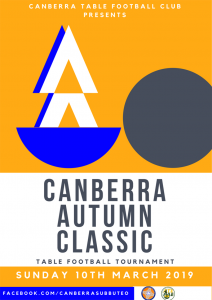 As a member of the Federation of International Sports Table Football (FISTF), the ATFA is able to host up to 6 Tournaments each season which form part of the FISTF World Circuit.

These tournament’s are played for varying levels of world ranking points. Some of these events take place over a full weekend with Individual and Team Categories whilst others are just one-day individual events.

Where possible, we attempt to run an Open Age Category, a Youth Category (typically U19) and a Ladies Category.

Given the higher level of organisation required, these events typically become the larger tournaments held each year and provide a fantastic opportunity for players from all over the country to meet up, play lots of matches and have great fun.

All clubs are eligible to host these events and the application form can be found on the Official Documents page here: http://subbuteoaustralia.com/?page_id=3886