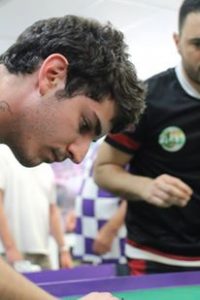 The AGFA Cup is a great link between the three eras of Australian Subbuteo (70s, the 80s-90s, and now post-2010) and that tradition continued over the weekend with the staging of the 16th Cup at Good Games Chatswood. 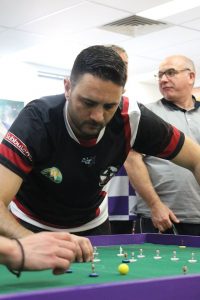 A highlight of the tournament was the appearance of some new faces — Mark Killingbeck and Heidi van Scheik of Hipfingerz and young Ollie Kruse for the Northern Falcons. 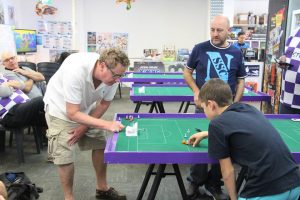 With 16 players, four groups were lined up.

In group 1, young Gabriel Lombardi caused a surprise with a 0-0 draw against Fabrizio, while he also beat Harley Ullrich 1-0. In Group 2, Gary Hosie clinically disposed of Tony Credentino 3-0, while Daniele did the same to Johnny Ball. Gary then beat Daniele 1-0 in a tense encounter, while Johnny eclipsed Tony 1-0.
In group 3, Hermann Kruse edged out Dave Sultana 1-0, before scoring an absolute cracker in his 2-1 loss to Raffaele Lombard. In Group 4, Steve and Adrian continued their ongoing rivalry, with Steve clinching a 1-0 win to take the group. 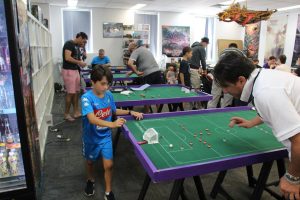 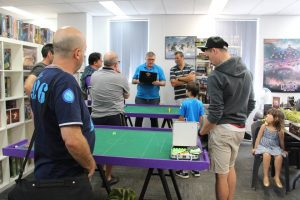 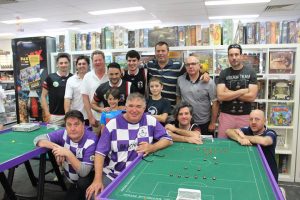 Many thanks to Sonny at Good Games and the rest of the crew for hosting us.