We held our 2nd WASPA event today and there was much excitement building up to the event with first timers and returning old friends expected to attend. Despite a couple of last minute pull-outs, I am happy to report that the day was another great success!

To mix things up a bit, the players were randomly split into 2 groups.

In the group stages, defence and caution was the order of the day with more than half of the matches drawn and the rest mostly decided by a single goal. Only Benjamin achieved a winning margin of 2 goals and this proved to be decided as he topped his group with Benny coming in second. 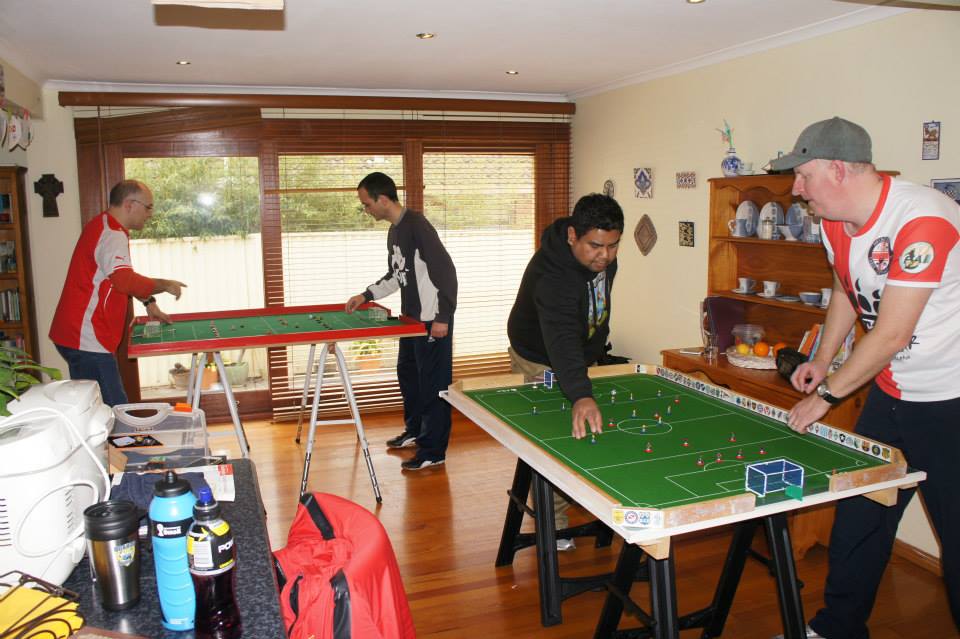 A special congrats to Fauzi who showed great promise and displayed excellent defensive flicking. He managed to get 2 deserved draws in his very first table football tournament (and would also later score his first goal in the 4th placing play-off match). Well done mate!

In the other group, experience prevailed with Adam and Martin finishing 1st and 2nd respectively despite a strong showing from ever improving Christos using his brand new Sniper 2.0 LW AEK Athens team. 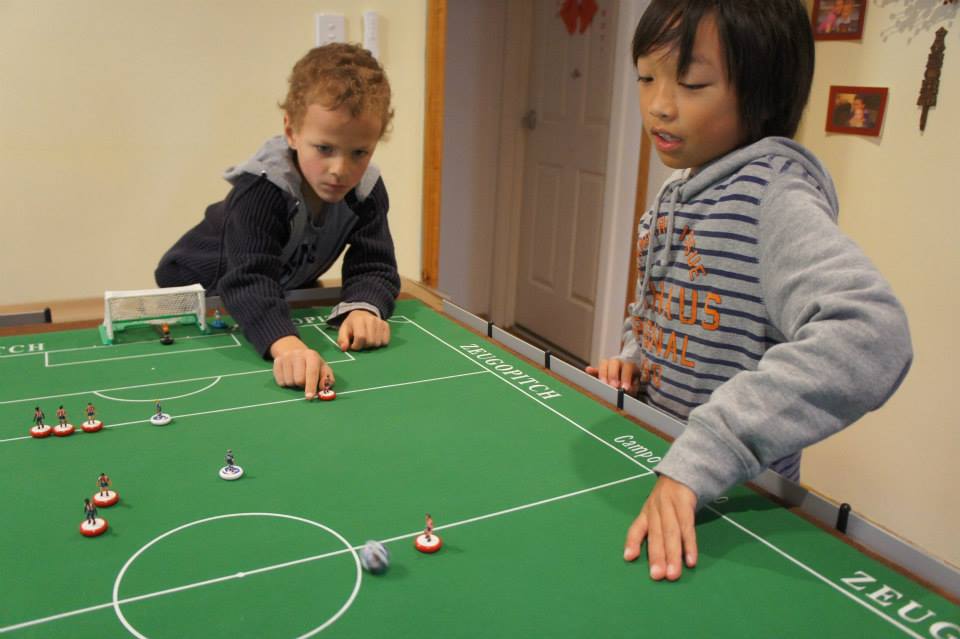 The semi-finals were a totally different affair with goals aplenty and excitement galore. Young Benjamin’s dream run was ended by a clinical Martin in the first semi-final. In spite of Benjamin deploying a Chelsea-inspired “park the bus” strategy, Martin managed to blast his way through the wall of defenders to win 3-0.

In the other semi-final between Adam and Benny, it was another tense affair the closely matched players. In a game of half-chances, Benny managed to snatch the lead with a nicely worked attack through the middle helped by a defensive error clearing the way. And just as Benny thought he was through to the final, Adam equalised with a tremendous goal from the wing right into the top corner with a minute or so to spare!

A shootout it was then and Benny finally broke his 4-shootout losing streak to get to the final 2-0. Wearing his lucky Singapore jersey (to commemorate Singapore’s 50 years of Independence celebration week) probably helped!

So, it was Benny vs Martin in the grand finale. And what a memorable match it turned out to be with some truly excellent goals. Benny took the lead with the classic but difficult corner-and-shoot-on-the run into the bottom corner not giving Martin any time to react. It didn’t take Martin to draw level with a stunning long distance strike that chipped the ball into the top corner giving the keeper no chance. 1-1!

The third goal though was a complete fluke with Benny mis-flicking the player who ended up flying towards Martin while the ball trickled slowly into goal with the keeper stunned motionless. Martin then went on a full scale offensive to equalise and was duly rewarded with less than a minute to spare. Taking advantage of a needless free kick given away by Benny on the right edge of the penalty area, Martin scored a brilliant free-kick-and-shoot-on-the-run goal! 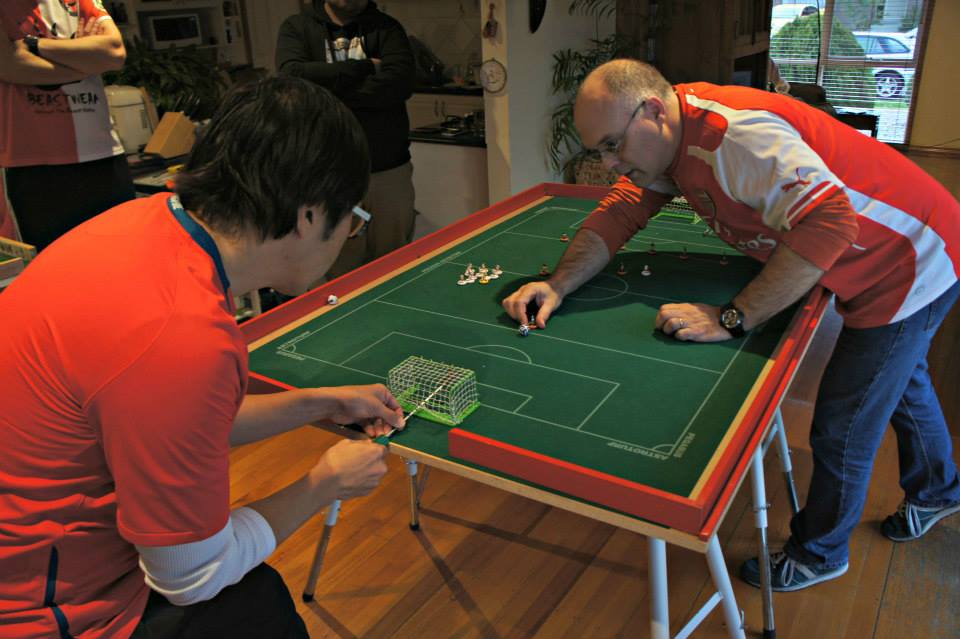 2-2 and on to another shootout. In a tale of misses, it went all the way with Benny winning by the solitary single shootout goal to achieve his 2nd Western Flickers WASPA tournament win in a row.

All in all, it was a great fun day of table football that was enjoyed by all. Thanks to everyone for making this a successful event. A very special thanks to Adam Deverall for allowing us to use this home and arranging the boards.

With a couple of regulars to return, the future is looking bright indeed for the Western Flickers. GO WEST!

P.S. If anyone is interested in taking part in future Melbourne TFC events (at the clubhouse in Brighton or with the Western Flickers) or just popping by for chat and look-see, feel free to send Benny Ng an email at bennidokk@yahoo.com