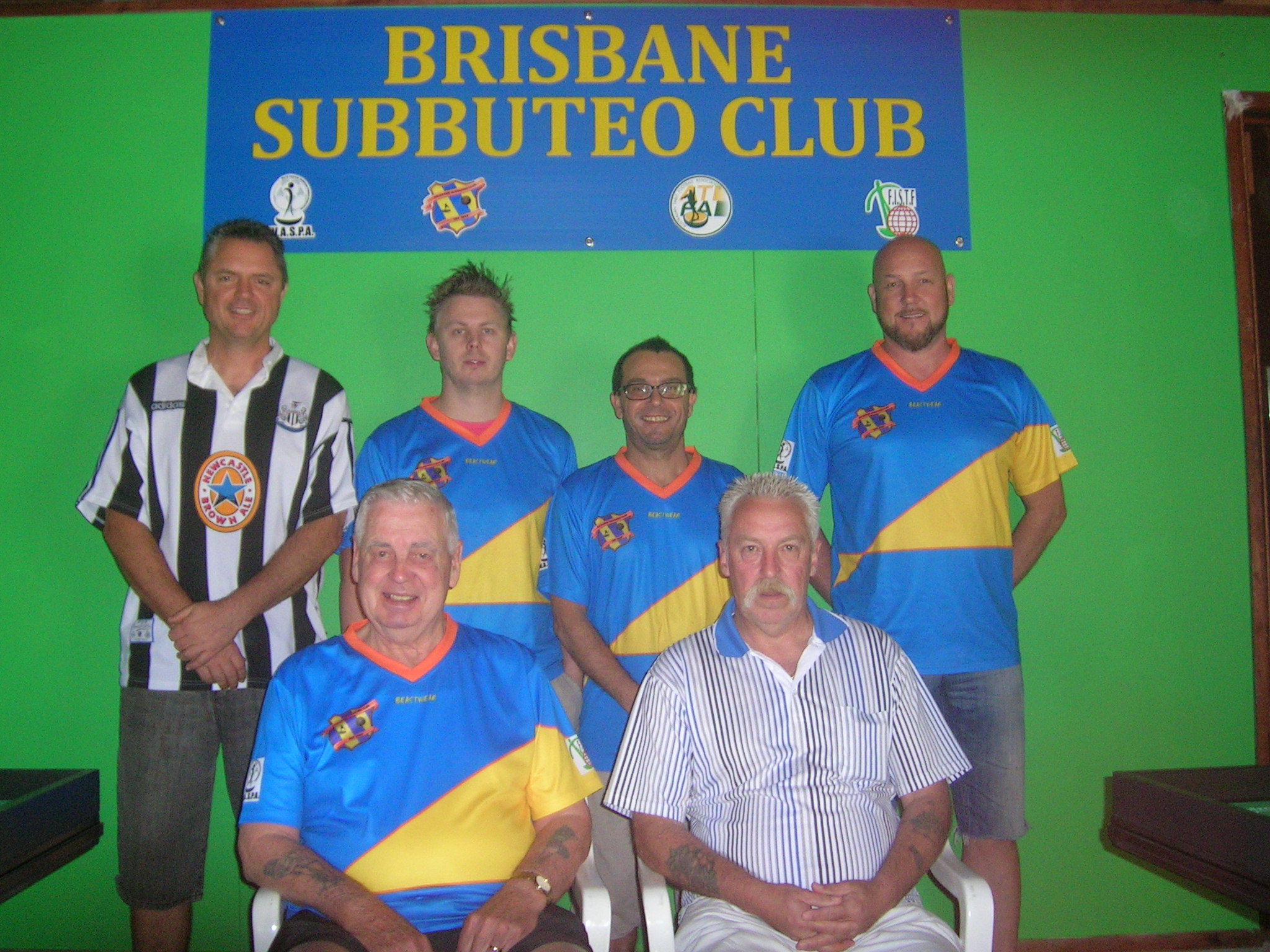 September’s tournament was an utter goal fest! This produced the highest scoring games so far, some narrow victories and others not quite so even. 80 goals scored in 18 matches, a ratio of 4.4 goals per game, plenty of action and excitement, a celebration of attacking play resulting in a great day once again, well done to all involved.

6 players contested the trophy, which once again changed hands.

The initial round of league fixtures saw Andrew Rigden struggle to shake off the cobwebs of not having played for a while, by shipping plenty of goals, but did manage to bang in a fair few of his own.

Rob Bennett also needs a special mention, as he claimed his first points by taking 2 draws, from Gus Gillespie and Andrew Bennett. He also found the net on 4 occasions, with one goal of the day contender, great to see Rob find some of his old form again, well done Rob.

Rik Bland again topped the leader board at the end of the league fixtures, with Giuseppe runner up on goal difference, Gus Gillespie taking 3rd, Andrew Bennett taking the last semi final spot in 4th. 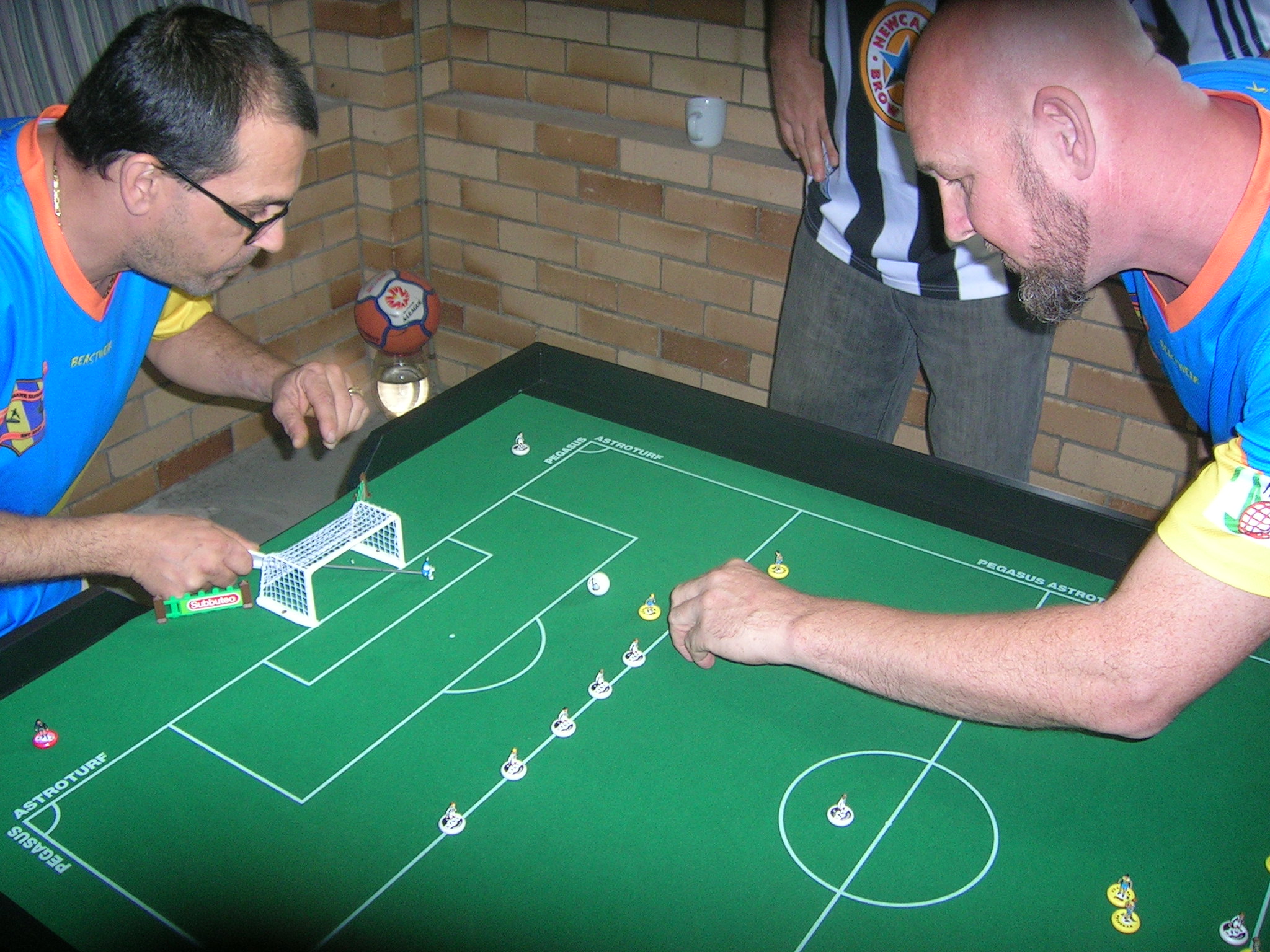 This semi final between the day’s highest scorers was contested quite negatively, with both players very wary of each other’s free scoring, this resulted in neither playing their usual game. Rik took a 2-0 lead, Andrew pulled one back late on, and nearly  equalised with a shot which stuck under the keepers body, on another day this could easily have wriggled through.

Giuseppe flexed his muscles in this semi final, establishing his game, and not giving Gus too many opportunities to find his rhythm.

This was a repeat of last month’s final, and Giuseppe was out for revenge. Rik took the lead after 5 minutes, which seemed to spur Giuseppe into life. An equaliser came on 10 mins, and took the lead with the last kick of the first half. The second half saw Giuseppe play a solid game, great in defence, good possession, and clinical in front of goal. Rik struggled with form in the second half, Giuseppe took control and ended up winning comfortably, to get his hands back on the trophy. A worthy winner!

Special thanks to host Giuseppe for organisation and bbq, and also to photographers James and Wll 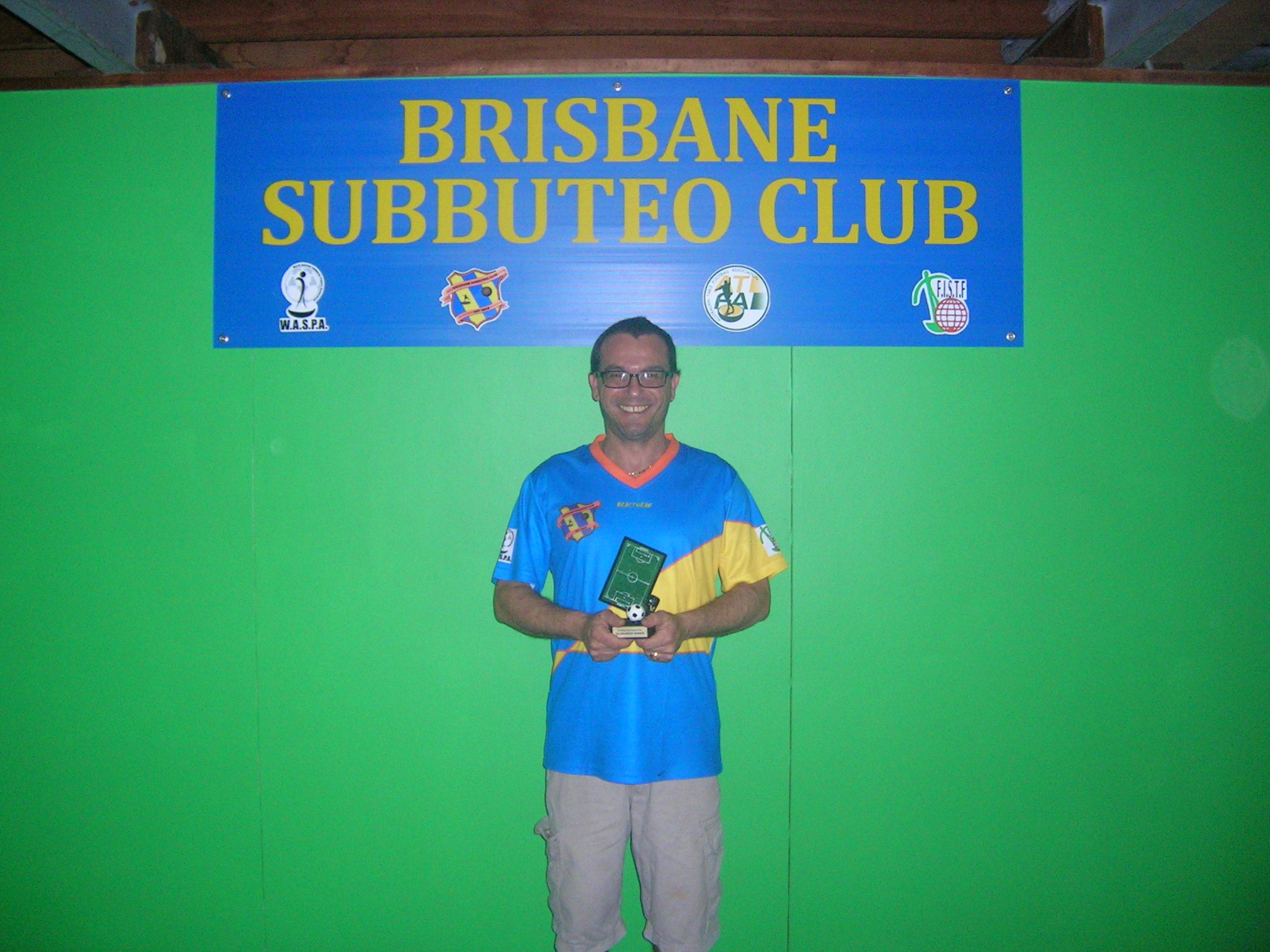