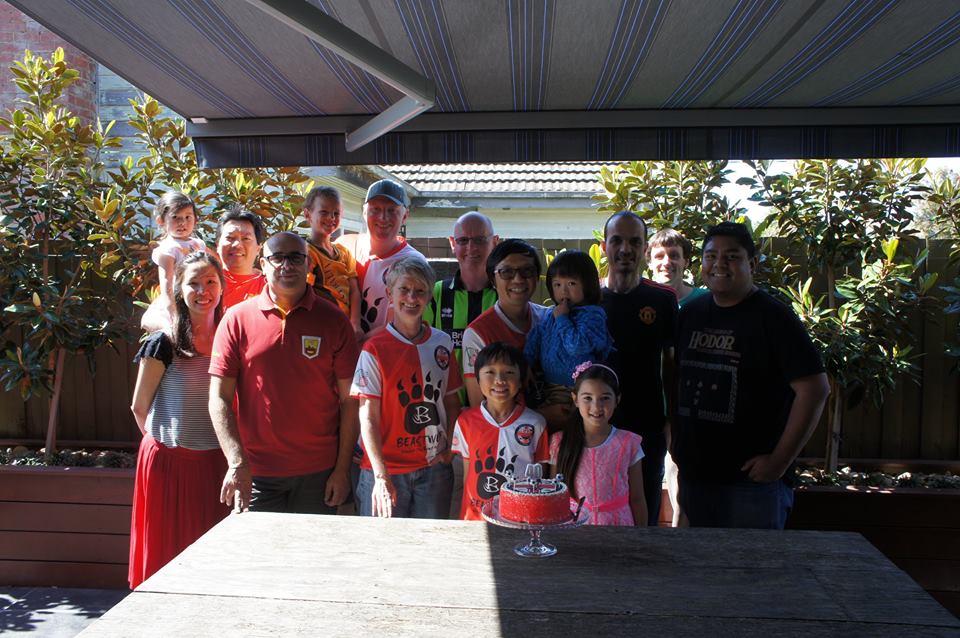 Today, the Western Flickers hosted its 3rd WASPA (Regional) tournament. Coinciding with one of our player’s birthday, what better way to celebrate than with a Subbuteo themed party / tournament!

Subbuteo Melbourne had one of our best WASPA turnouts of the year with 11 players taking part. These included 2 brand new players having a go at Subbuteo for the very first time and both of them loved it. I have to say both took the game very quickly and played very well! Lots of potential and hopefully we will see them at future Subbuteo events. We also welcomed a special guest player all the way from Italy – Claudio Ranelli.

Using a Swiss system variant to give everyone even gameplay amount, the players were drawn  into 3 groups:

In Group A, Beth emerged as the winner with wins over rising junior star Aidan and newcomer David. The battle for the runners up spot ended up in a stalemate with Aidan squeezing into second spot because of goal difference. Congrats to David for earning his first Subbuteo point!

Group B was a much tighter affair with Claudio and Paul hotly contesting top spot. Both players had wins over Benjamin and Christos, but Claudio had the slightly better goal difference. It meant that Paul had to beat Claudio in order to win the group, and in a tense match, Paul managed to grab a 1-0 win!

Group C pitted Western Flickers stalwarts Benny and Adam together with newcomer Choon Lee and Fauzi (who was only playing Subbuteo for the second time). As expected, the deciding match was between Benny and Adam, with Benny getting the edge this time with a 2-0 victory.

As a result, the following groupings emerged for the next round: 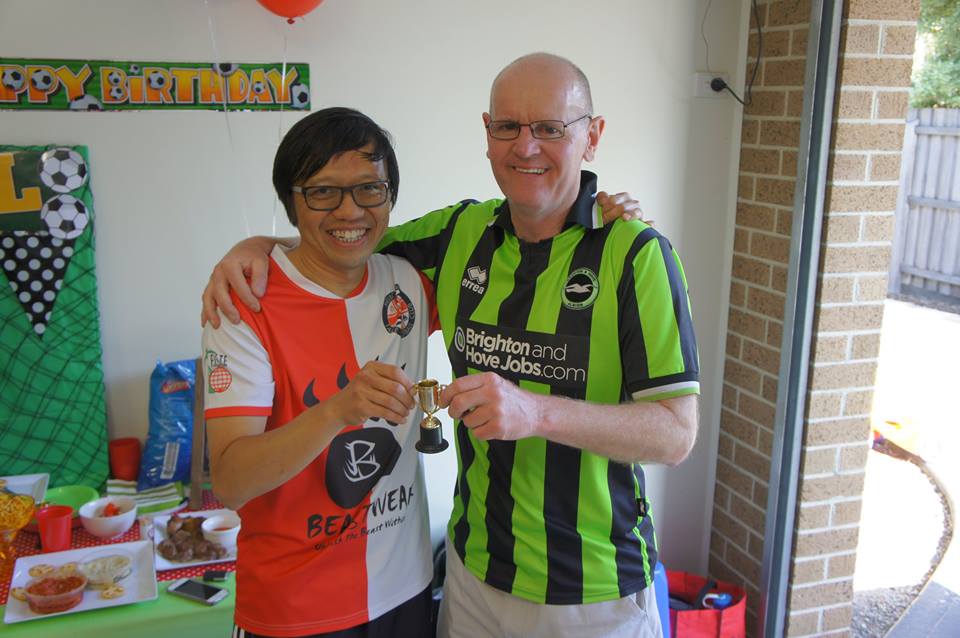 As the Consolation group had only 2 players, the single match was won by Benjamin in a narrow 1-0 victory.

The pumped-up Christos won the Plates group, romping home with comfortably wins against David and Fauzi. The match between David and Fauzi had to be decided by penalty shots, with David celebrating wildly when he won a lengthy 26-shot shootout! Well done David on your first Subbuteo outing.

In the Runners Up group, nothing could split Adam and Claudio so it went to shots as well. Adam came out winner to take the group.

In the Winners group, Beth played bravely despite equipment issues and only just lost to both Paul and Benny. So the deciding match for the overall tournament winner was between Paul and Benny; with Benny having not beaten Paul in a competitive match.

In an exciting and tense game where either player could easily have won, Benny snatched a late goal and held out for a memorable very first WASPA Regional tournament win.

Thanks to all who attended for helping to make it an awesome day filled with Subbuteo fun, food and friendship! It was a blast!

P.S. If anyone is interested in taking part in future Western Flickers events or just popping by for chat and look-see, feel free to send Benny Ng an email at bennidokk@yahoo.com