One of Australia’s most famous football clubs, South Melbourne FC, has thrown its weight behind table football and the Asian Cup to be staged in 2018.

More than 50 players from Australia, Singapore, Japan, Malaysia and Hong Kong will take part in a festival of table football in January 2018 at South Melbourne Football Club’s brand new Lakeside Futsal Centre and 1959 Bar and Grill.

Opened in 2017, the state of the art facilities represent South Melbourne’s significant push to re-establish themselves as one of Australia’s football powerhouses with an A-League licence the ultimate goal.

“We’re excited to host this international event at our new facilities and we can’t wait to see the best Table Footballers from across Asia in action,” said George Kouroumalis, Operations, Media and Marketing Manager for South Melbourne FC.

“We’ve also teamed up with the Melbourne Table Football Club, who will also be on hand to use our facilities across the remainder of the year. At South Melbourne we are passionate about everything football related so Table Football is a natural fit for us,” said Kouroumalis. 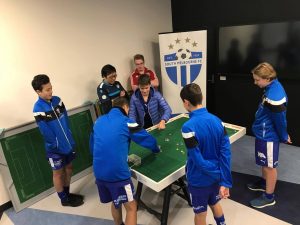 The event will take place on January 20 and 21 at Lakeside Futsal with the Opening Ceremony and tournament draw at the 1959 Bar and Grill on Friday, January 19. 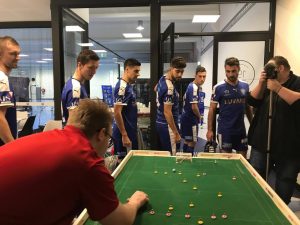 The big boys check out the silky skills of Luke Radziminski

Sports Table Football, or “Subbuteo” as it is widely known, is a game based on association football. For many years it was marketed as “the replica of Association Football” or “Table Soccer”.

The 2018 Asian Cup will be the fourth in the competition’s history, with Melbourne hosting the inaugural event in 2015.

In addition to an individual competition, the top clubs from each country will compete against one another, and the highly coveted national team event will determine the region’s top country. 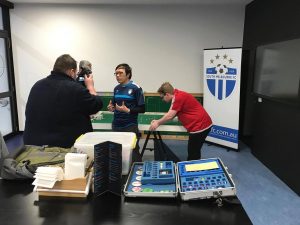 Benny explains the finer points of the game.

Australia will be seeking to claim their first ever title on home soil but will face stern competition in Singapore who have won the previous three titles. 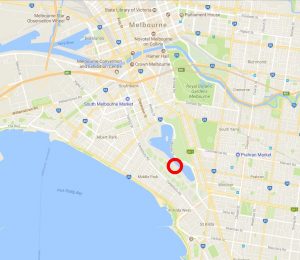 Location of the Lakeside Futsal centre.