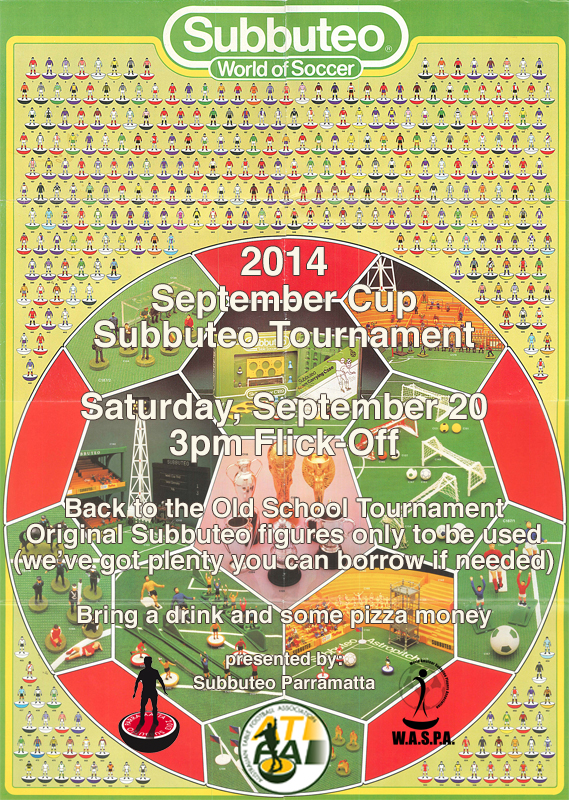 Last season, for the first time, the tournament also gained the recognition of the World Amateur Subbuteo Players Association (WASPA) earning competitors world ranking points. With the added exposure that ensued, this season’s September Cup has the added interest of fellow Subbuteo enthusiasts from around NSW, meaning the competition will be heating up.

In keeping with the heritage of the tournament, competitors will only be permitted to compete using original Subbuteo figures and all matches will be played on glorious, original nylon Subbuteo pitches.

Flick off is at 3pm and there will be pizza, so bring along a few dollars as well as a drink.
Entry to the tournament is free.
The tournament is open to all players regardless of age, gender or Subbuteo experience. New players are always welcome and there’s plenty of equipment to borrow if you don’t have your own.
The tournament will be held at Adrian’s house in Toongabbie. If you don’t know the address, send message to Adrian at ajebec@netspace.net.au. 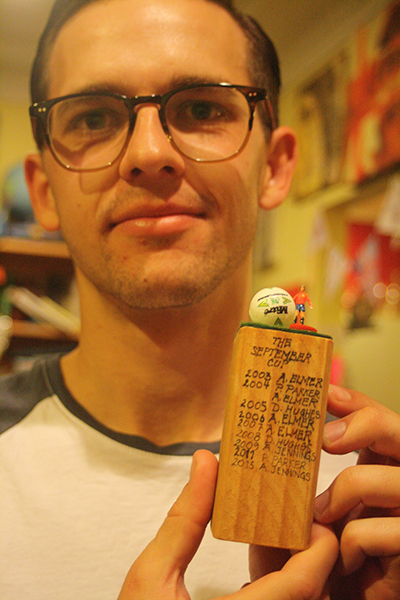 2013 winner, Alex Jennings, with his name on the perpetual trophy