Daniele started inauspiciously when he lost 1-0 to Greenie, but then amassed points and culminated in a 2-0 win over Fabrizio to win on goal difference.
“I’m not sure it’s a good thing to have won tonight,” said a surprised Daniele. “I hope I can keep the form going into the AGP.” 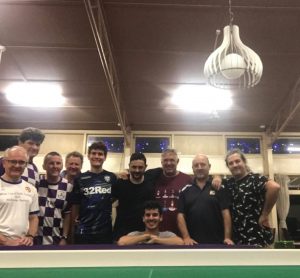 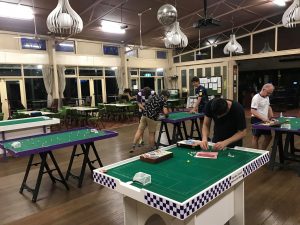 Falcons’ Jonty Brener got in some good preparation for the AGP with wins over Adrian Elmer and his dad, while Adrian managed to shrug off his shooting woes, at least some of the time, to grab two precious wins.

Steve and Tony renewed their great rivalry, but this time it ended in a 1-1 draw, while it was great to see Jonny Ball in action, preparing for the AGP.

Great fun all around and in true camaraderie.