Sydney TFC’s Fabrizio Coco made the long trek north to the final farewell event for Hermann Kruse, Oli and Hermine Ollnow and recovered from a slow start to claim the Northern Falcons WASPA #5-2019. 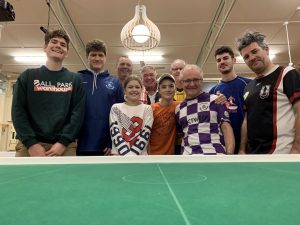 With Hermann, Oli and Hermine due to fly back to Germany next Monday, a suitable send-off was staged, with Melbourne’s Paul Mercer flying up specially for the evening, and Johnny Ball delaying his drive back to Canberra to play. 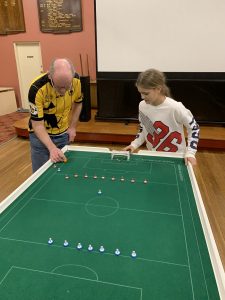 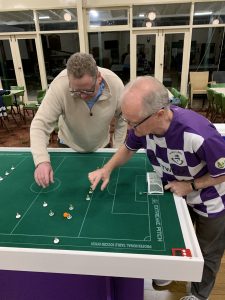 Group one started sensationally, with Steve taking a 3-0 lead against Fabrizio before Fab pulled a late goal back. Fab then edged Western Sydney’s Adrian Elmer 1-0, before Adrian bowed out with a 2-0 loss to Steve. 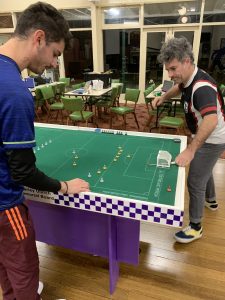 Eliot Kennedy and Oli took top spots in Group 2, with Johnny Ball and Neil Brener pushing them hard.
In Group 3, Hermann and Paul dominated, but Jonty Brener pushed them all the way. 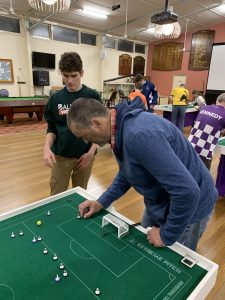 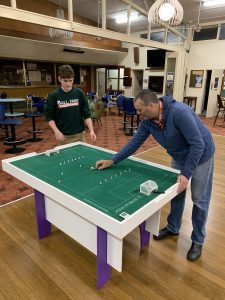 Oli then kept his edge over Steve, scoring in the first three minutes and holding off persistent pressure in the second period, while Fabrizio scored 30 seconds from time to beat Eliot 2-1.
In the final, Fab was in full force and ran out a 2-0 winner. 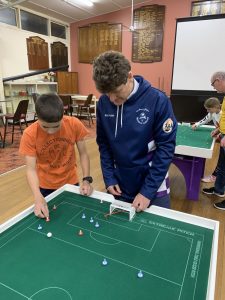 Many thanks to all who attended, and to the Willoughby Park club.
We look forward to hearing of the exploits of Hermann, Oli and Hermine in Germany. 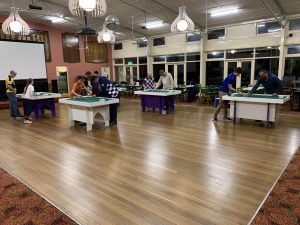