The first tournament in Brisbane held under the WASPA banner was played yesterday.

The three players played a double round robin and after each player had played four games, it was Giuseppe Tardiota who rose to the top with 10 points out of a possible 12. Congratulations to Giuseppe and all the players who played. 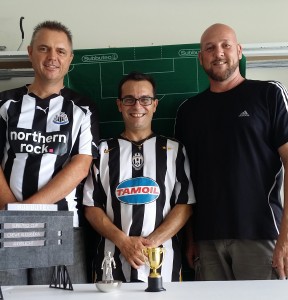 The players have decided to form a club as a result of this tournament which will be known as the Brisbane Subbuteo Club.

The next tournament in Brisbane will take place on February 15. 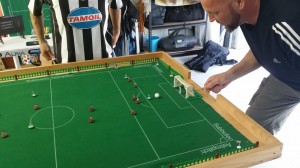 Rick prepares to face a penalty from giuseppe 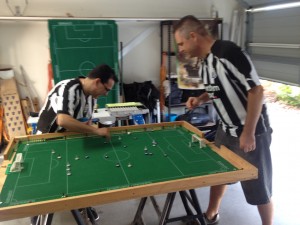 For more photos, check out the ATFA facebook group.