Participation rate is slowly growing back for MTFC with a total of 6 players entering in a round robin format. 2 new faces entered the Brighton scene, with Kevin Grant and Adrian Connolly coming along from Western Flickers. The mysterious Adrian who Benny had praised from Benny in their previous social meetings in the West had showcased his skills after returning to the subbuteo competitive scene since he last played 20 years ago. He finished 2nd out of 6 and played a very tight game against Luke Radziminski in a 1-0 losing effort, however he had Luke on the back foot a couple of times and was unfortunate to not score a goal after some quick dribbling plays into the scoring zone only for the keeper to save from some quick reflexes. Adrian and Christos drew 0-0 however with Adrian defeating Kevin and Christos drawing with Kevin, this became the ultimate decider between 2nd and 3rd placings.

Controversy occurred between Luke’s and Christos’ fixture. Due to the Melbourne cultural atmosphere of leniency on small fouls and errors, where they have being ignored in the WASPA circuit, there was a moment where Christos had encouraged Luke to play on from his own error in which instantly resulted in a goal. Christos knew he immediately regretted this decision and had forced Luke to go into hiding for a week after rumours have emerged that Gate 21 from AEK Athens have arrived in Melbourne in search of the Polish-Australian president. After this report has been posted, he had abruptly left Melbourne to stay off the grid but it was reported he had set up camp out in the bushes of a remote town called Wagga Wagga.

Other participants did enjoy their day and showed signs of improvement as we approach the International Open in September. Western Flickers will now be hosting a WASPA event in Altona at the Laverton Bowls club on the 20th of August. It is expected to be much larger turnout thanks to Benny’s work of spreading the message through his network, where we had seen a significant growth of newcomers from the West attending previous Altona events to experiment the game. There are signs that does show that they are willing to return for more games. Exciting times ahead in Victoria. 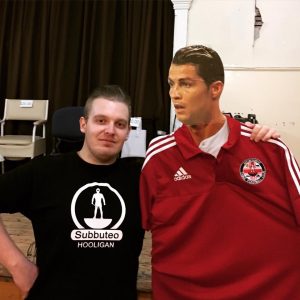 Winner of the tournament: Luke Radziminski 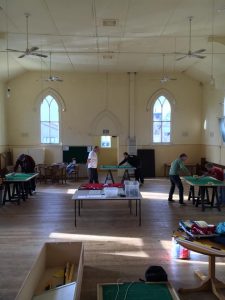 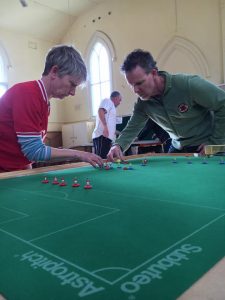 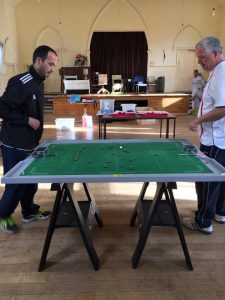 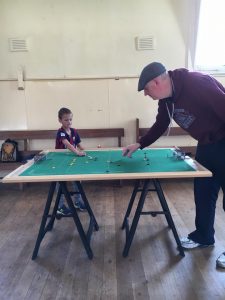 Adam (Right) in a friendly battle with his son, Aidan 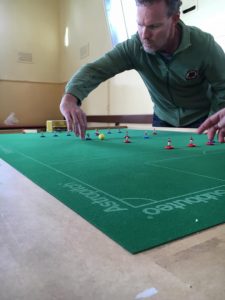