Only three players, but the Newcastle club had its first night of action.
Todd Giles played host to Andy Haydon and Steve Dettre, while already there is a good list of players ready to join up.
We’re hoping a club league will start before the end of the year.
In the opening game of the night, Todd put up some sterling defence and great goalkeeping to keep Steve scoreless before two snap goals before the break. Steve then added a third but could not press home his advantage.
In the second match, Andy played his first official match and there was a tremendous battle with Todd, with good chances on both sides.
In the second period, with a 0-0 draw looking likely, Andy crafted a great chance, flicking into the shooting area, cutting back on the angle, and then burying his shot under Todd’s keeper.
In the third match, Steve fought hard to break down Andy’s defence, scoring twice before the break for a 2-0 win.
Things are looking promising for the club, with hopefully a good relationship with A-League club the Newcastle Jets. 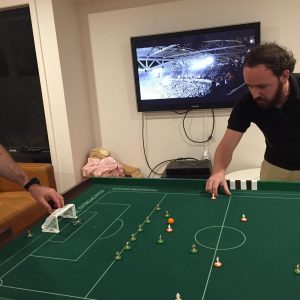 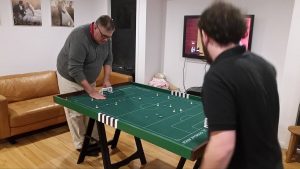 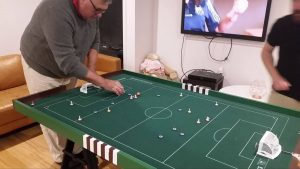