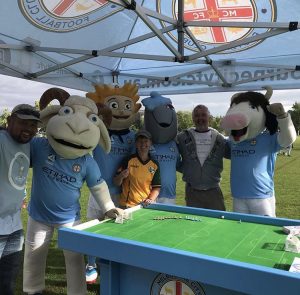 There was a touch of “table football’s coming home”.  After all, it was through a fan forum for the then Melbourne Heart FC that current Melbourne Table Football Club (MTFC) President Luke Radziminski and former Australian Table Football Association President Benji Batten met.  These two players founded MTFC and then played a key role in getting table football back on track in the state.

It was a great opportunity to showcase table football to the thousands of football fans in attendance thanks to Melbourne City FC.  Many fans tried the game outside AAMI Park in City Square, both those new to table football and those that had seen or played the game before.  It was fantastic to see people of all ages, male and female, eager to play.   This is truly one of the great things about table football.

Inside the venue, table football was also available in the VIP corporate room of McDonald’s.  The McDonald’s workforce that were in attendance had fun trying their hand (or should that be finger!) at table football both pre-game and during half-time.  Dual AFL premiership player Leigh Colbert, present at the event, noted that his son was particularly keen on the game.  He was one of many bitten by the table football bug! 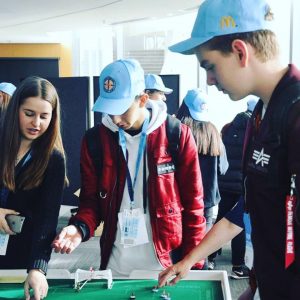 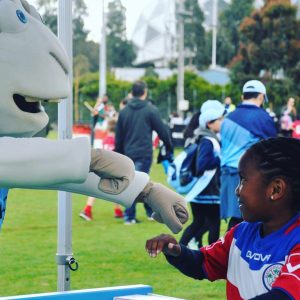 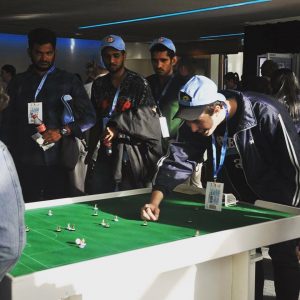 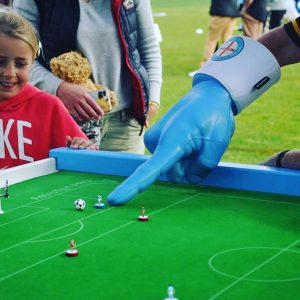 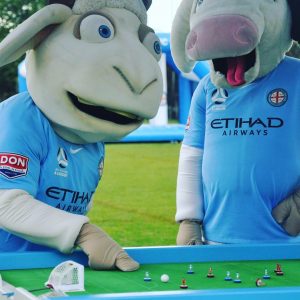