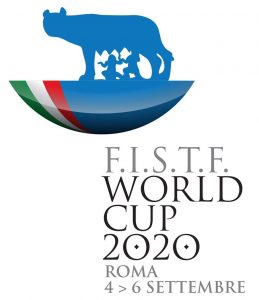 In the interest of transparency and fairness, ATFA is pleased to announce the process for selection of participants to represent Australia at the 2020 FISTF World Cup in Rome, Italy.

The criteria used will be as follows:

1. Highest FISTF ranked player in each category for which there is a player nominated will be selected in that category by ATFA. FISTF rankings used as at end of February 2020 (released by FISTF early March) which will therefore include results from 2020 AGP held that month.

3. For junior categories and women’s: For the remaining individual places that are allocated to ATFA by FISTF, and selection in team category, selection will be completed in order of FISTF ranking as at end of February 2020.

4. For Open and Veterans categories:  Remaining individual event places allocated to ATFA by FISTF, and selection in teams, will be completed via a World Cup qualifying event to be held early March 2020.  Details will be confirmed shortly, with the event being planned for Sydney as the preferred location due primarily to the overwhelming majority of players who recently expressed their interest in World Cup participation coming from NSW.

Note: All World Cup participants must meet their own costs associated with participation including travel and accomodation; and must wear the applicable Australian Table Football Association kit purchased at their cost.