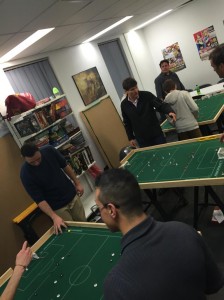 Interestingly, he found that not polishing the figures allowed him to get more curl from them, especially on the Extremeworks pitch. Two 1-0 wins against Simon Cole and Jonty weren’t enough to overcome Fabrizio’s total, after his emphatic 2-0 wins against the same players. 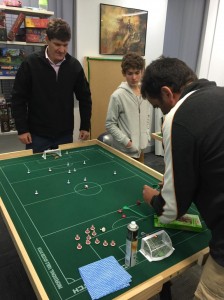 In the other group, Hermann benefitted from a head start courtesy of Steve’s 1-0 win against Mat Barrie, taking over the slot in Group A and then building on it with a solid performance in a 0-0 draw with Neil, before scoring his first competitive goals in more than 10 years in a 3-0 win against Tony. 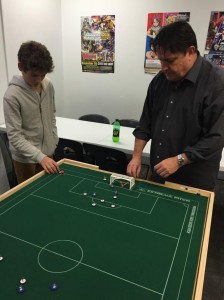 In the final, Fabrizio hit the post several times, but put away one to seal a 1-0 victory. 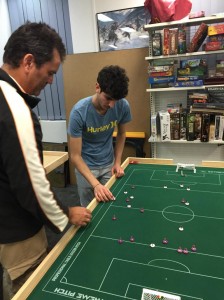 The new Extremeworks pitches were well liked, and the new figures went down a treat with the new players.
Another big thank you to the Good Games team for hosting the night.