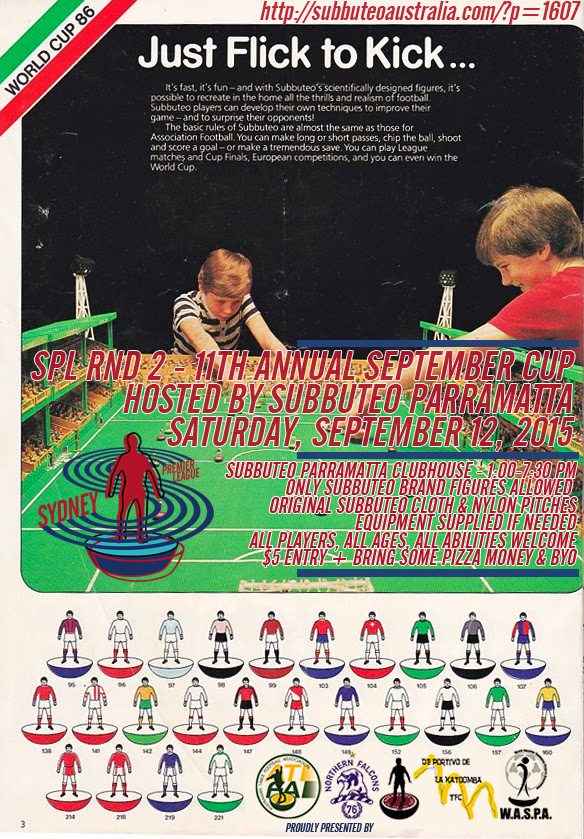 While all the current laws of Subbuteo will be used in the September Cup, there is one major restriction – that being that only original Subbuteo brand figures are allowed to be used in the tournament. So bring out your old heavyweights, your old flats, your old zombies, your old Hasbros, even your brand new bendy-legs – or borrow some of ours if you don’t have any. We’ll be preparing a selection of Subbuteo’s finest pitches – nylon pitches, cloth pitches – for you to test your original Subbuteo skills. Competitors will need to be adaptable to a wide range of conditions!

All players are welcome, no matter your age, gender, whether you’ve never played Subbuteo before or you’ve been playing for 50 years! The tournament will run through the afternoon of Saturday, September 12 at the Subbuteo Parramatta clubhouse in Toongabbie, from 1pm to 7pm and we’ll finish with a traditional September Cup feast of pizza.

Fill in the form below to register for the competition.