Beth Eveleigh has been a pioneer for womens table football in Australia becoming the strongest female player on the circuit. Always playing with a smile, she helps to ensure we always have great fun at our Tournaments in Melbourne!

Tell us a bit about how you first started playing Subbuteo. Where were you and how old were you?

My first game of Subbuteo would have been on my bedroom floor in 1975! I was living in Bristol and supported Bristol City FC. I think I was imagining myself at Ashton Gate…I played with a few friends, before TV’s Match of the Day on Saturdays and before the Big Match on Sundays! I was 11 ? 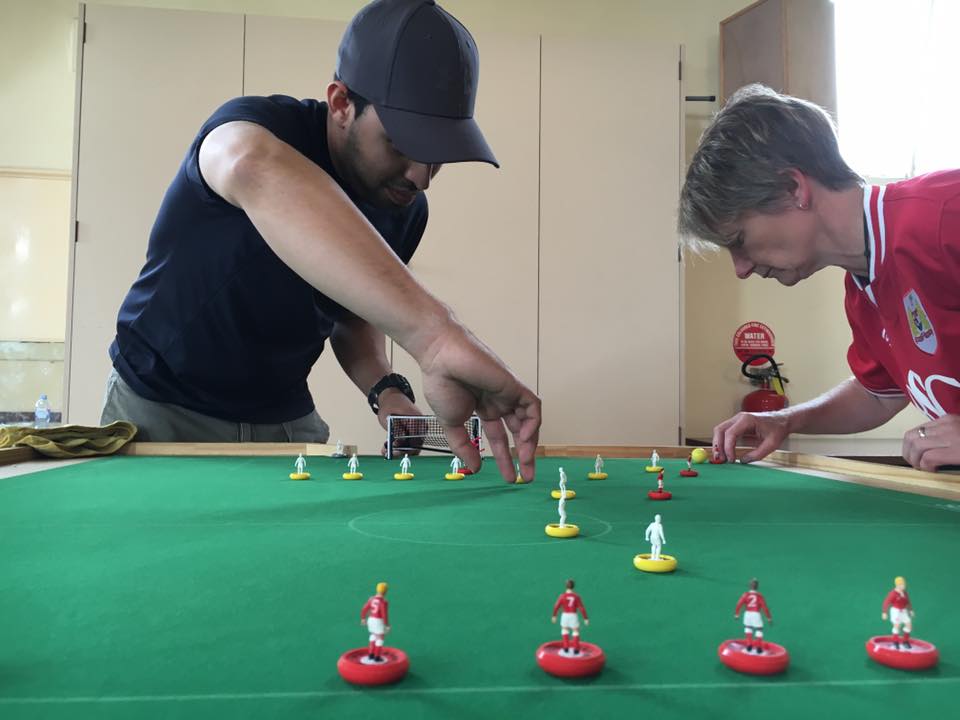 What were some of your most memorable Subbuteo moments growing up?

I think my most memorable moments were kneeling on my number nine, hating the introduction of the silly corner kicker figure (never lasted) and buying flood lights that actually worked! Ah…the 70s!

When did you start playing Subbuteo again?

I rediscovered the game about 5 years ago. Now living in Australia however I couldn’t find anyone to play against…until…MTFC ?

Have there been any big changes in the game since you were a kid that you’ve noticed in the last year or so? 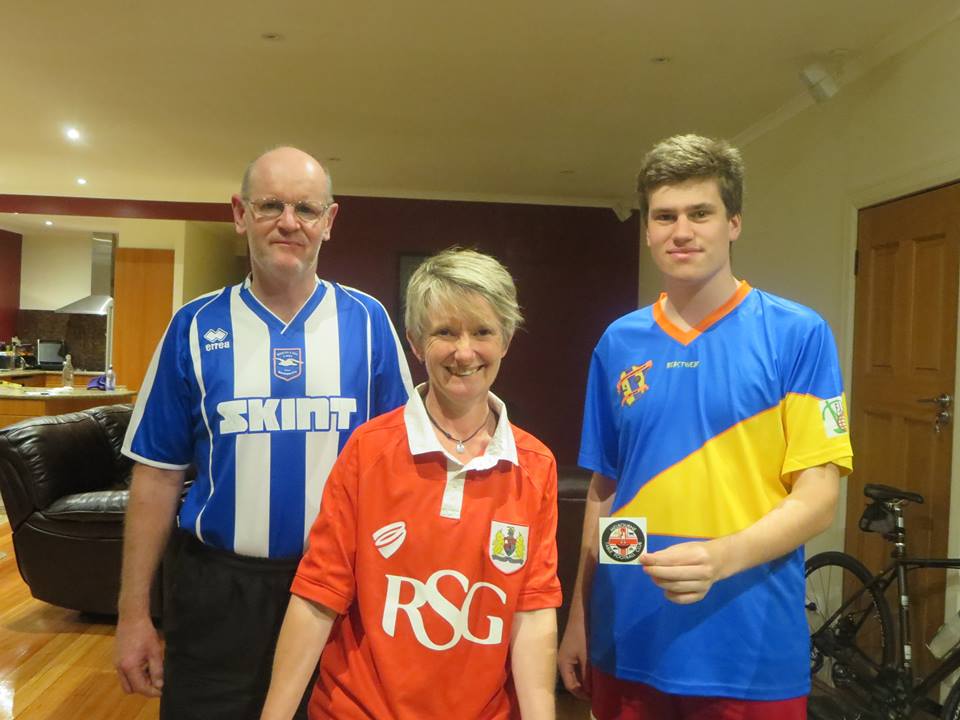 Playing WASPA tournaments more regularly, what do you aim to achieve at each tournament?

The MTFC 4th Annual Club Championship in April this year.

Most memorable match and moment was scoring against Peter Thomas! 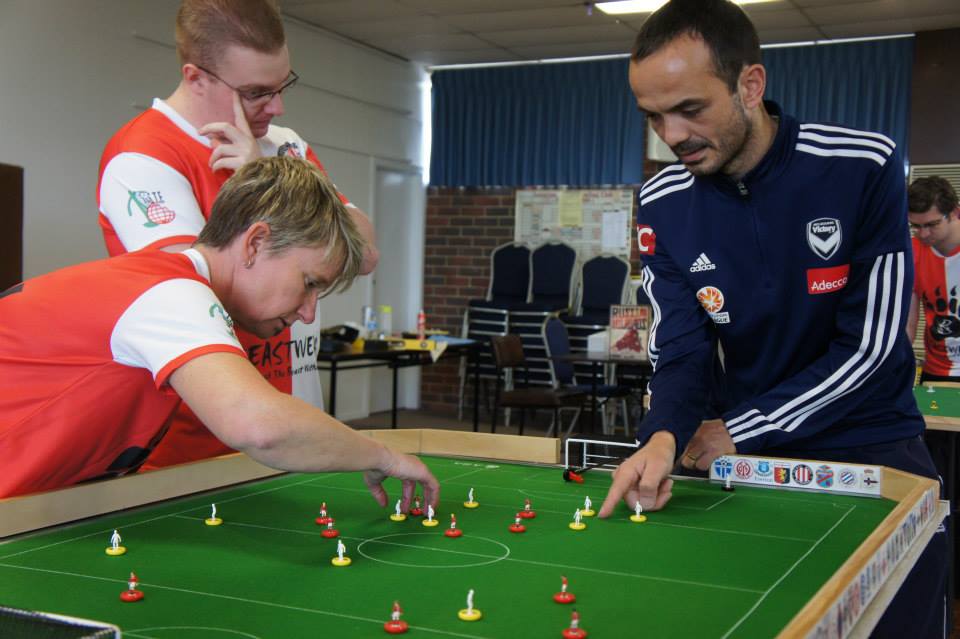 Who is the best player you have played against?

What team do you use, is there any special connection to that team?

Thank you, Beth- Keep on Flicking! 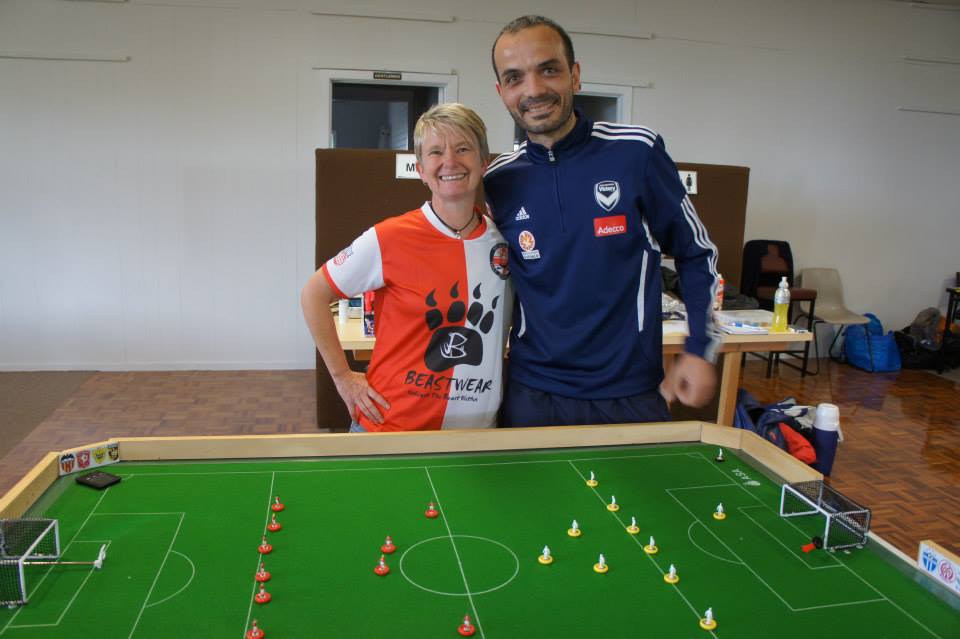