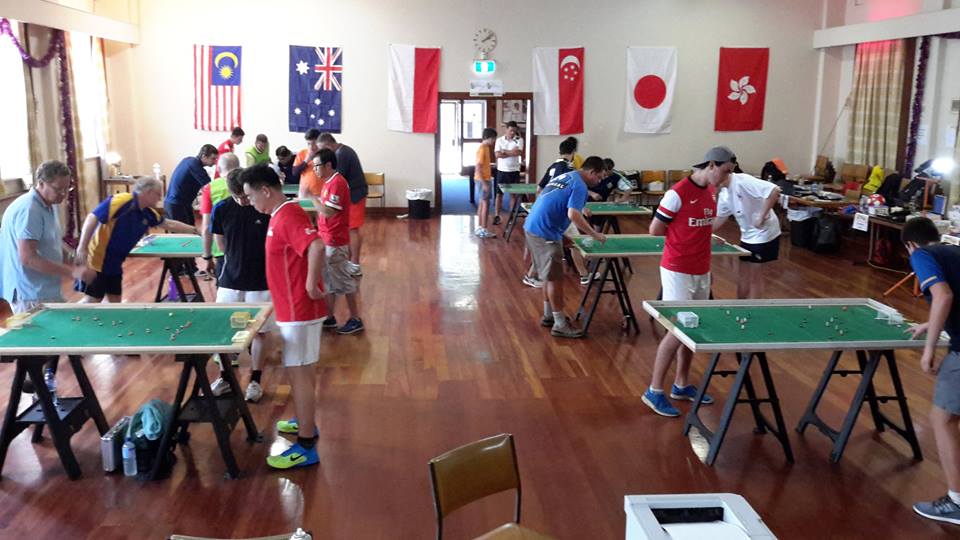 This weekend from the 3rd to 5th of February, the Australian Table Football Association will host the 2017 FISTF Grand Prix of Australia at the Associazione Napoletana in Leichhardt.

The tournament will feature more than 30 players travelling from all over Australia and Singapore to compete in the event.

The individual event is sure to be hotly contested with world #45 Peter Thomas (Australia’s highest ranked player) the tournament favourite. Thomas will face stern competition, notably from Singapore’s Benny Ng and Australia’s Fabrizio Coco and Eliot Kennedy who will each be seeking to cause a big upset and take the title.

There is a truly national flavour to this year’s event as the Perth Subbuteo Club brings a team for the very first time. Brisbane Subbuteo club will also play in the teams event along with Melbourne Table Football Club, Sydney TFC, Subbuteo Parramatta and the Northern Falcons TFC.

Saturday will feature the individuals battling it out in open and junior categories, while on Sunday a teams competition will take place with the current champions Melbourne Table Football club competing against 6 other teams. Additionally, the Sunday will play host to the first all-female table football tournament in Australia with 4 players contesting for the title of Australia’s top female player.

As always, the event is sure to be a cracker, with great fun to be had players and spectators who will be immersed in the excitement, action and drama that will unfold over the weekend.

Entry for spectators is free and we encourage people of all ages to come down and watch, with spare tables on hand for beginners to try out the game. For anyone interested in playing Subbuteo table football, this would be the perfect opportunity to come down and see what all the excitement is about.