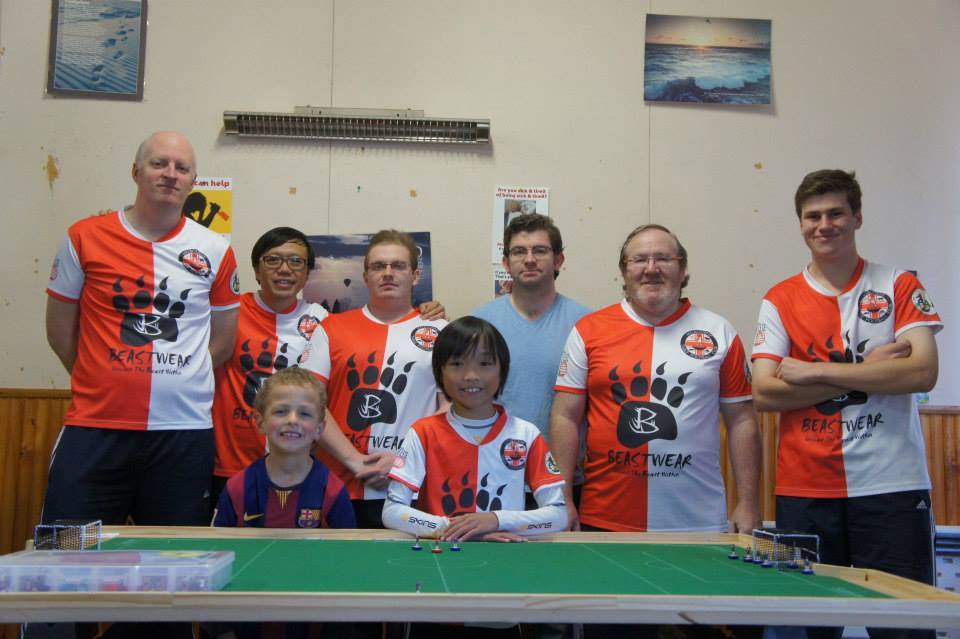 The theme of the event was ‘short and sweet’ as 8 players took time aside from their busy lives to enjoy an afternoon enjoying the sub-beautiful game.

Players were split into two groups with the top two players progressing to the knockout stage. Matches were played in 10 minute halves and the tournament utilised the full extent of equipment at the MTFC clubhouse (4 Tables). 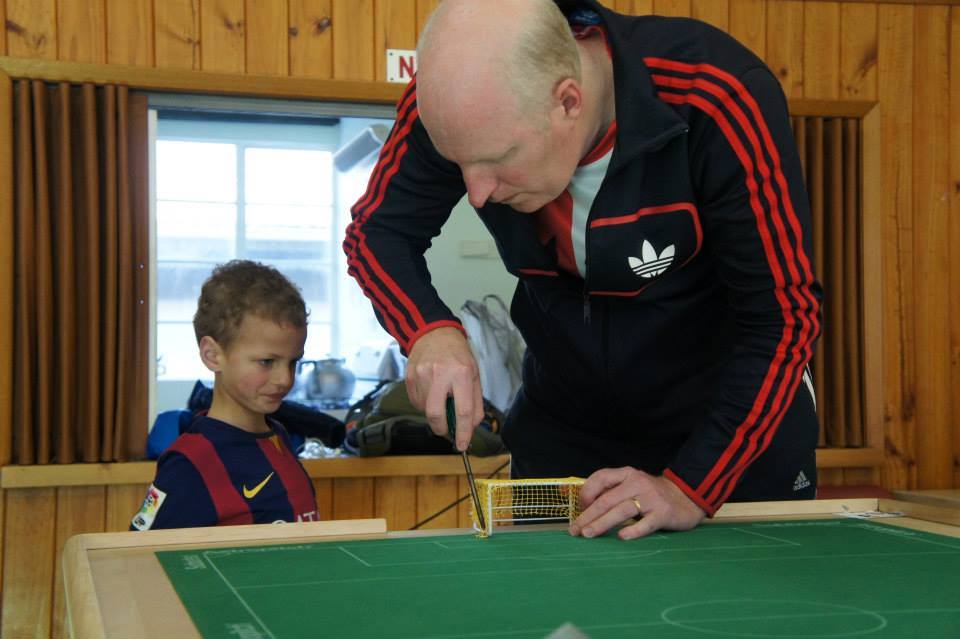 In Group A, Luke Radziminski progressed unscathed as he defeated David Simpson (2-0), Benjamin Ng (3-1) and Nigel Edwards (2-0). Luke was Joined in the semi-finals by David Simpson who secured his place with a 2-0 victory over nigel Edwards. Benjamin Ng finished the group in 3rd with a memorable 1-1 draw against David Simpson and a goalless stalemate with Nigel Edwards who recorded his first competitive point in this match.

Group B proved to be a tight affair after Adam Deverell held Benny Ng to a 0-0 draw in the first round of matches. Benny backed this match up with a tight 1-0 victory over Benji Batten and after another 1-0 win over Aidan Deverell, the once-capped Singaporean international ensured he would top the group. With both Benji and Adam recording 3-1 victories over young Aidan Deverell, their final matchup would decide the final spot in the knockout stage. Benji was able to come out on top, winning 3-1 though Adam’s goal was truly memorable, a thunder strike!

In the 7th Place Playoff Nigel Edwards notched his first competition goal and win with a 1-0 victory over Aidan Deverell who again showed great persistence and determination against much older opponents.

Benjamin Ng displayed the ‘park the bus’ tactic in his 5th Place Playoff game against Adam Deverell, but it success came to a halt with only minutes remaining as Adam took out a 1-0 Victory.

The Semi-Finals were both close affairs. Benny Ng scored early in the first half whilst Benji Batten scored with only 1 minute on the clock to notch up 1-0 wins in their respective semi-finals (Benji against Luke and Benny against David).

In The final between Benji and Benny, chances were few and far between and so after a goalless 20 minutes, the players would be set for another penalty shootout. Utilising his recent shootout experience, Batten prevailed, winning the shootout 2-0. 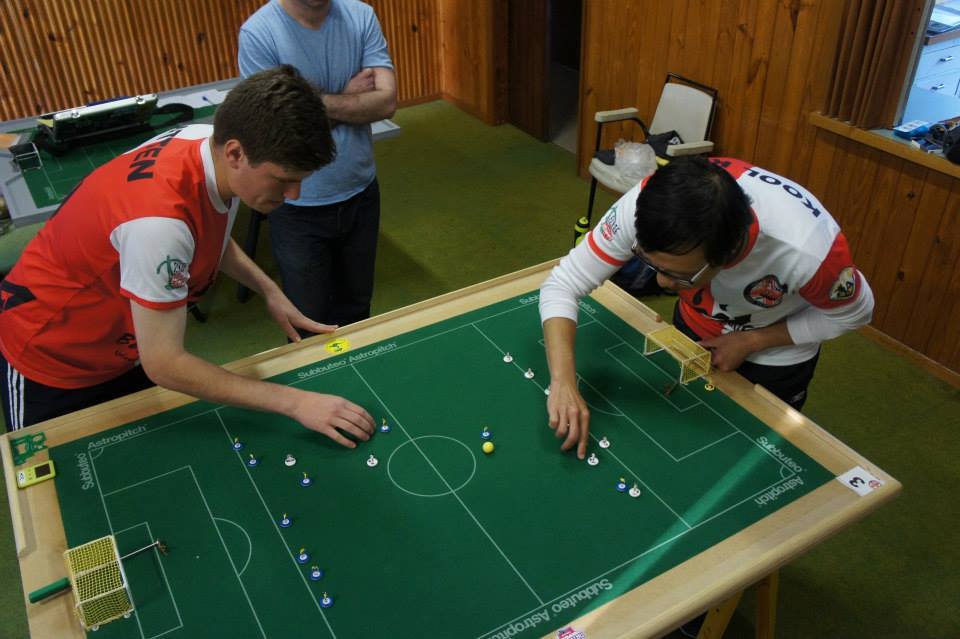 Action in the Final

All in all, a fantastic afternoon with a great group of players. 17 Games producing 30 goals and a number of memorable moments, looking forward to the next one. 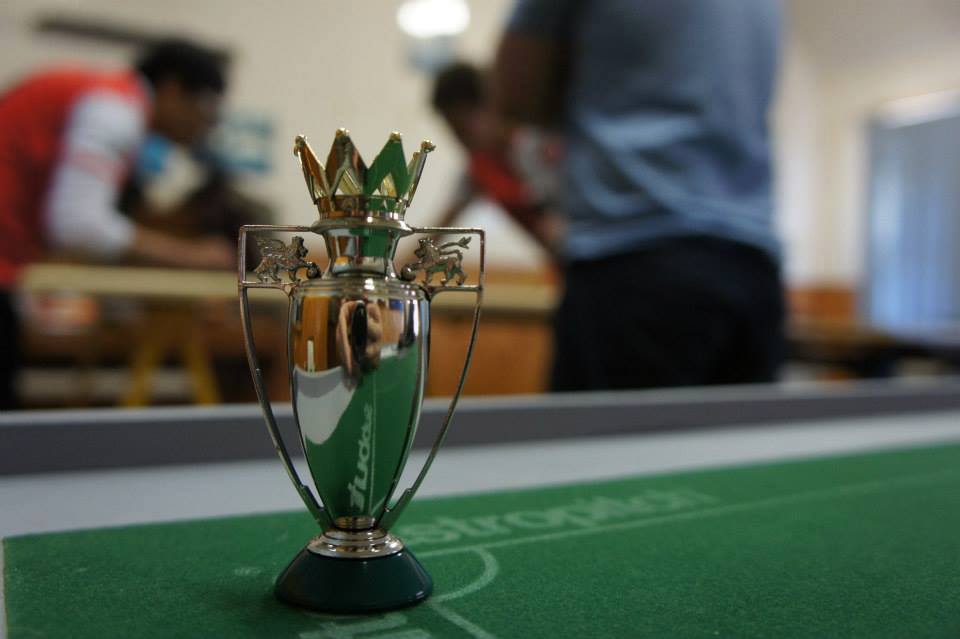 Fun Fact: This was Melbourne TFC’s 20th WASPA Tournament, here’s to the next 20!