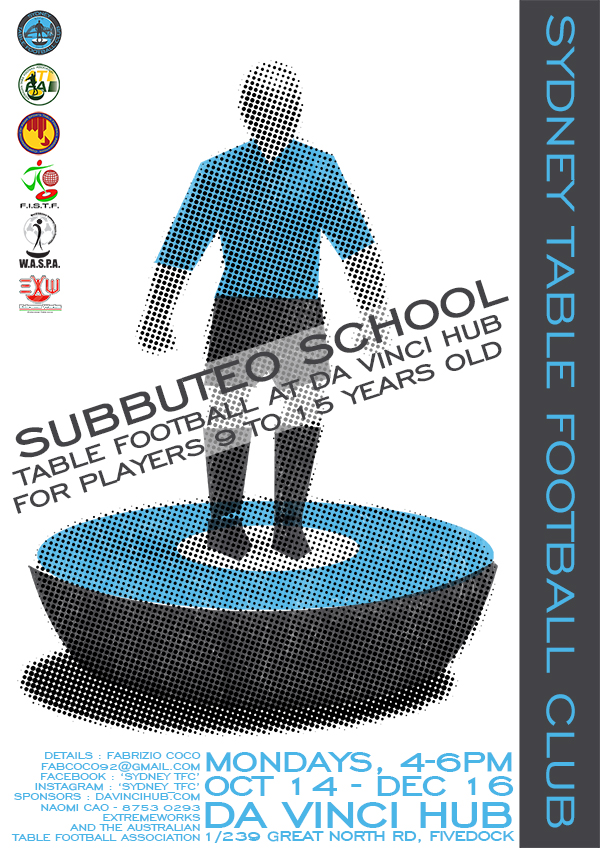 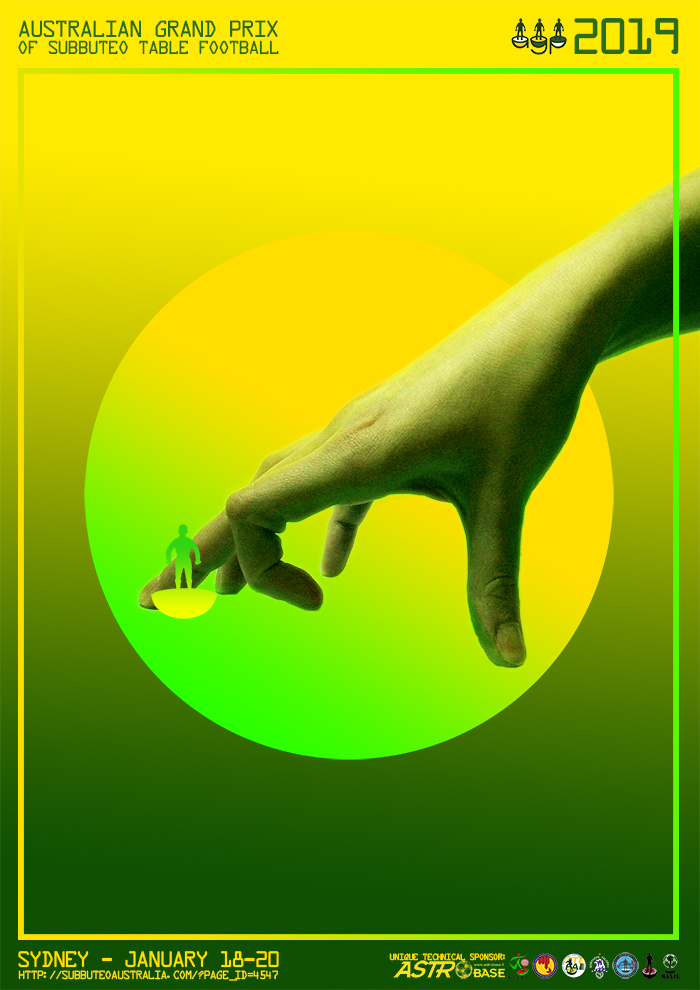 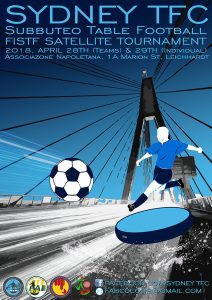 Sydney TFC will be the proud hosts of a FISTF Satellite Tournament in April of this year. Held on the weekend of the 28th and 29th of April, there will be a teams event on Saturday and Individual events on Sunday. Cost is $30 for each day of play. For more info, contact Fabrizio Coco at fabcoco92@gmail.com. Register for the tournament using the form below. 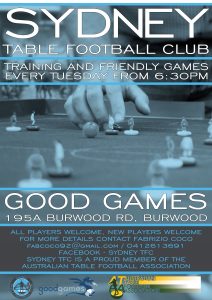 Sydney Table Football Club have come to an agreement with Good Games in Burwood so that they can have training nights every Tuesday. Entry is free and all players are welcome, even if you’re not a member of the club. Beginners always welcome. For full details click on the poster. 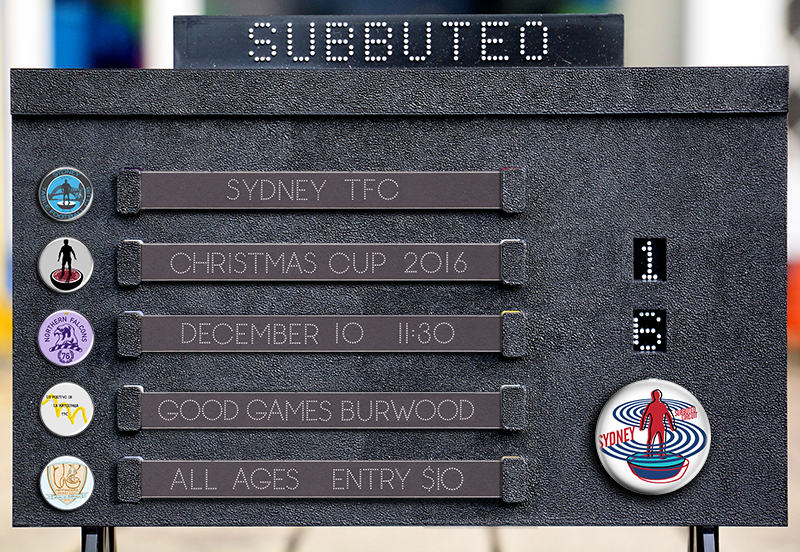 Just over 2 years ago, almost to the day, ATFA was contacted by this Italian guy in Sydney who wanted to play Subbuteo. We found out that he had been an under 19 Italian champion so everyone was keen to have him join their club. None of the Sydney clubs were very near to where he lived but, as it turned out, the first tournament he came to was at Subbuteo Parramatta, so he decided that this would be his club.

Around the same time, another couple of Italian brothers had started to play in the Subbuteo Parramatta league and in their tournaments and, even though neither of them lived anywhere near Parramatta either, they also threw their lot in with the club.

As the game has grown in the two years since, the inevitable has now happened. Fabrizio​ Coco, with the help of Raffaele and Daniele Lombardi, has decided to start another new club in the city, but located local to them in the inner west. So we are very happy to announce the formation of the Sydney Table Football Club. The aim will be to have yet another group of players in another part of the city so that new players can be even more likely to find something local to themselves. This has been the aim of ATFA from the outset – building lots of smaller, localised club so that people have a close by entry point.

STFC’s first official outing will be the Christmas Cup coming up in a few weeks. If you are free on December 10, please register and join in. as with all WASPA tournaments, entry is open to everyone, regardless of experience, age, gender or club affiliations.